10 Times Parks and Rec's Jean Ralphio Was Every College Student

Even though we'd all like to be the Leslie Knopes and Ron Swansons of the world, sometimes, as college students, we have to admit we're the Jean Ralphios...

Okay, the only catch here is, if you survive. So you're definitely going to want to get hit "love tap" style and not full on "pancake" style. A broken leg will suffice, so don't go overboard, ok? We all know student loans are the purist evil in this world, but trust me, you don't want to the last image you see to be your schools logo and a really bad pic of you in your school's newspaper. But odds are, you're wearing that sorority or fraternity shirt we printed for you, so if your leg gets crushed by a school bus, then at least you look good doing it.

When you don't have much to put on your resume, but you're pretty desperate "What are you going to do after college?" Uhh... cry? People don't usually like that answer so it's time to look for an internship, job, servant-like situation, whatever works. Even if you worked as a dog poop scooper (a noble profession, by the way) you can word it on your resume to sound misleading, important, and not gross. For example, "assistant canine feces disposal"... alright, that doesn't exactly sound beautiful but it's better than "poop patrol." Better start pimpin' out that resume shawty.

When you've run out of options... 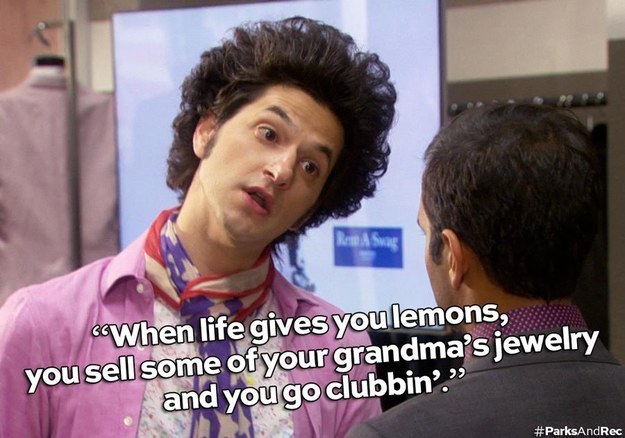 Maybe don't take this specific Jean Ralphio advice because odds are you're a better person than him and actually love your grandma. But we will say he perfectly incapsulates the desperation that is often felt in college. We have all said at some point, "I'm just gonna drop out and live on the streets, I could survive on the streets, right?" If you have to ask the answer is, no, you probably can't survive on the streets. The weeks you seriously consider dropping out of school are usually the weeks you have 5 tests and 3 papers due on the same day, so just remember you'll get through the hard weeks and then it's only appropriate to follow J-Ralph's advice and go clubbin'.

You have your party pants pulled up and ready to go and your homies would rather have a "chill night at home." This is absolute worst case scenario, code red, SOS. You knew you should've made more than two friends in college because when they're busy or being LAME then you are just Jason Derulo, "Ridin' Solo." This is when you decide to be that desperate person looking for friends, walk outside your dorm/apartment and just follow the sparkly girl's clothes and loud Fetty Wapp music and you have found the party. Just slip in and blend in, do not get discovered and if someone asks you who you "know here" just always go with John, everyone knows John, right? 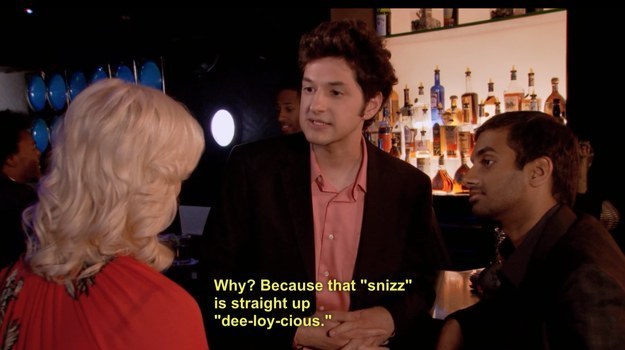 Dee-loy-cious is exactly how we would describe some home cooking! After months of cereal, (probably spoiled) milk, granola bars, and fast food; there is nothing better than sitting down at your family's kitchen table and stuffing your face with a five course meal made with love. Your dad's omelets, your mom's spaghetti taste like they were prepared by Gordon Ramsey himself. Your body is going to be very confused by having a balanced diet again, so enjoy it while it lasts.

You know you're desperate when you're sitting outside your student union begging random people to be your roommate. It's like everyone knows where they're going to live as soon as they are born and you're just left there like... lol what. You'll have friends that will live in their sorority or fraternity house, you'll have friends that live at home, live in apartments, in dorms again, all over town and you're like, "doesn't anybody want me?" So yeah, technically you're homeless but you're pretty sure it'll work out and you won't have to sleep on the creepy couches inside the fine arts building. 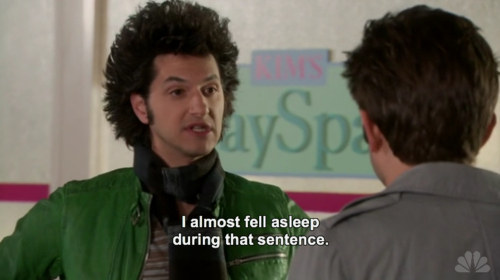 In our defense, if professors want us to listen to them, they might as well say something interesting. Yes, yes we know that these are brilliant people and we should hang onto their every word, but sometimes Club Penguin, texting, and Netflix are too hard to resist when we're talking about cell biology. Sorry, don't know what that is, and honestly I do not want to.

You don't wanna do things, people should know that about you by now. So when the list of things to do gets higher and higher you are hella out. The good thing is that since you never want to do anything, you are really good at making excuses. You have doctor's notes, family emergencies, and sob stories that get you out of even the hardest teacher's tests and any plans that interrupt your Netflix binge watching.

Teachers love to suggest that you talk to your academic advisor about all of life's problems, but every college student knows that they do not want to help you. Turns out, they get paid whether you're in the right classes or not so they aren't pushing all that hard to get you where you need to be. Ok, occasionally there will be the best advisor ever. But that's the one without any available appointments because everyone knows they're the best.

This is the best friend you'll ever have. You might know their last name, but they are a team player and you can respect the shiz outta that. This is the guy or gal you will always want to be on your team in any group project your assigned. Why? Because not only do they do the project completely solo, they do it right. This person is the shining star of college and will make a great millionaire someday. We like your energy, hombre.